Home / Seismic Interferometry: Introduction and Its Application for Earth Imaging and Monitoring

Seismic Interferometry: Introduction and Its Application for Earth Imaging and Monitoring 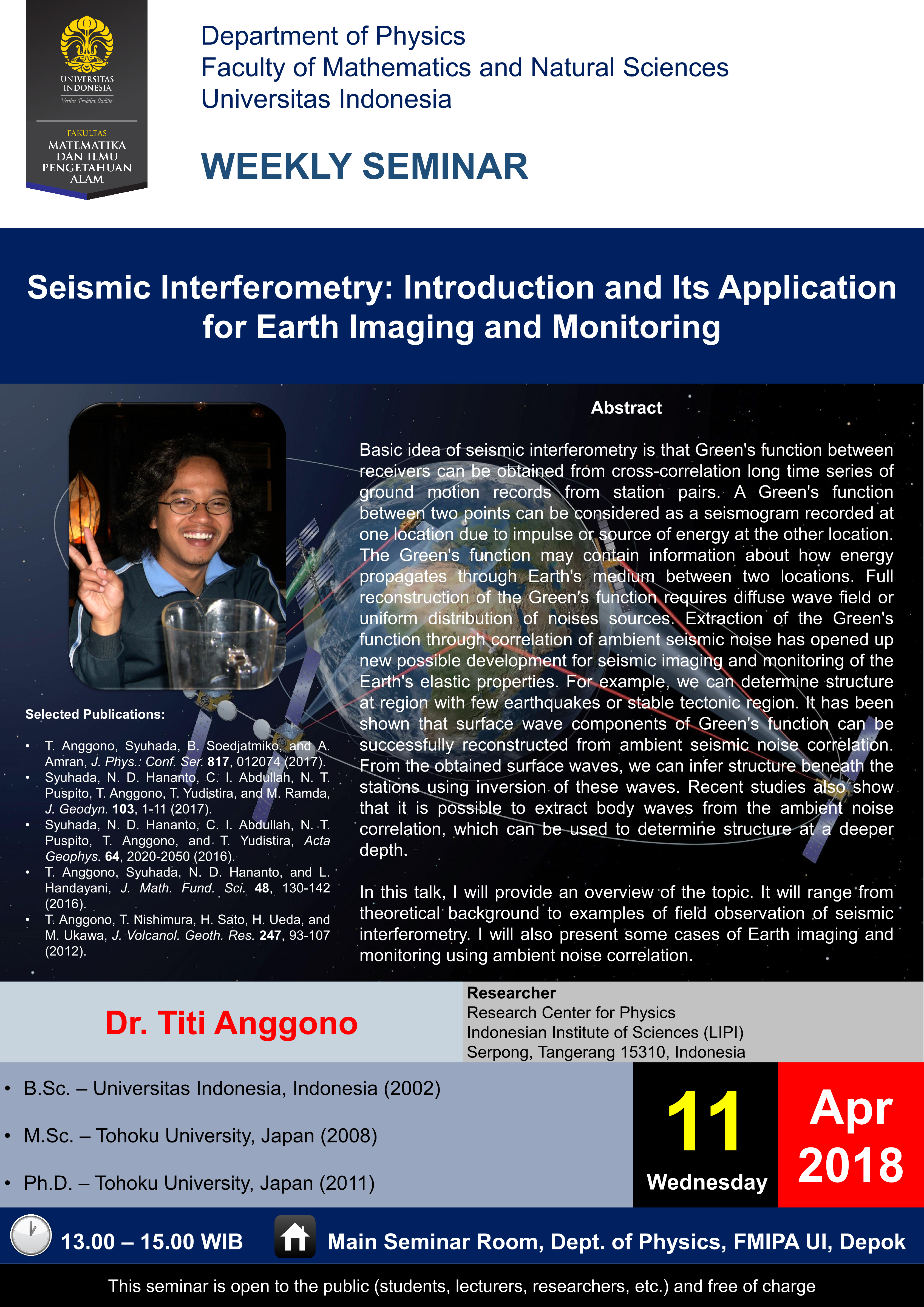 Basic idea of seismic interferometry is that Green’s function between receivers can be obtained from cross-correlation long time series of ground motion records from station pairs. A Green’s function between two points can be considered as a seismogram recorded at one location due to impulse or source of energy at the other location. The Green’s function may contain information about how energy propagates through Earth’s medium between two locations. Full reconstruction of the Green’s function requires diffuse wave field or uniform distribution of noises sources. Extraction of the Green’s function through correlation of ambient seismic noise has opened up new possible development for seismic imaging and monitoring of the Earth’s elastic properties. For example, we can determine structure at region with few earthquakes or stable tectonic region. It has been shown that surface wave components of Green’s function can be successfully reconstructed from ambient seismic noise correlation. From the obtained surface waves, we can infer structure beneath the stations using inversion of these waves. Recent studies also show that it is possible to extract body waves from the ambient noise correlation, which can be used to determine structure at a deeper depth.
In this talk, I will provide an overview of the topic. It will range from theoretical background to examples of field observation of seismic interferometry. I will also present some cases of Earth imaging and monitoring using ambient noise correlation