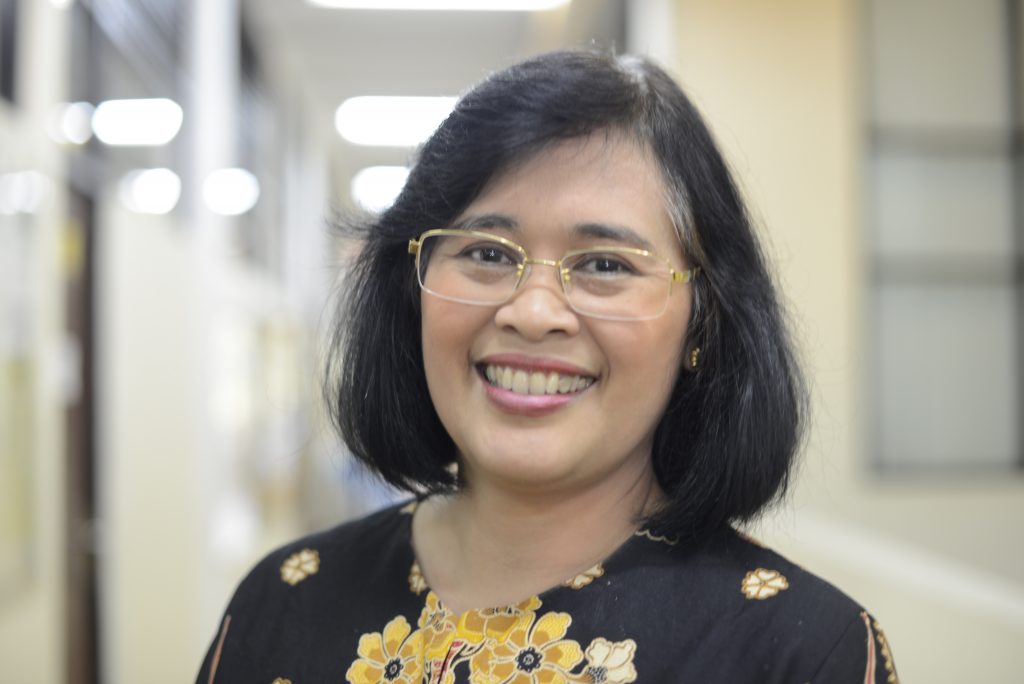 Dr. Ariadne Juwono is one of the staf members in the Department of Physics, FMIPA University of Indonesia. She was graduated from Physics, ITB. She received her master degree from University of South Australia in the Material Engineering specification, whereas her Ph.D. was from Monash University. She was actively participating as a referee of the L’Oreal Women in Science competition sponsored by UNESCO, Dikti, and L’oreal in 2008, as well as in the Young Researcher Contestorganized by LIPI in 2011.

Her current research interest includes Material Sciences and Nano Composites. The title of her dissertation is Fatigue and Fracture of Clay / Epoxy Nanocomposites, with Prof. G. Edward as a co-promoter. For her achievement and contribution in physics Dr. Juwono has been awarded with several prizes including the Best Researcher in Sciences from the University of Indonesia in 1997.