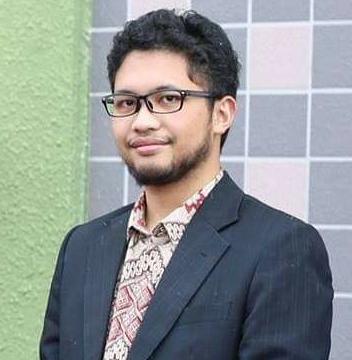 Dr. Adam Badra Cahaya received his B.Sc in 2013 and M.Sc in 2015 from Department of Physics, Tohoku University. He received Dr. Sc. degree with dissertation entitled “Spin, charge and heat coupling at magnetic interfaces” from Interdepartmental Doctoral Degree Program for Multi-Dimensional Material Science Leaders of the same university. His doctoral study was done under JSPS Research Fellowships for Young Scientist.

The interactions of spins -most miniature magnets- can be isotropic or anisotropic, the latter resulting in twisted spin orientations. This article finds a simple explanation of the anisotropic interaction named Dzyaloshiskii-Moriya in metals. The model is based on two atomic spins; one of them is heavy, such as a lanthanide. As a result, a spin orientation emerges in the electrons of the metal and is perpendicular to the atomic spins. We name this as Dzyaloshisnkii-Moriya Spin-Density (DM-SD). When additional magnetic atoms are considered, the DM-SD mediates their interaction, similar to the magnetic field of large magnets’ poles, or the isotropic polarization in metals connecting far spins. The figure shows three spins (one of them, Jf, a lanthanide) and the DM-SD (colormap and small arrows) mediating their exchange.

[3] Spin current generation can be enhanced by orbital moment 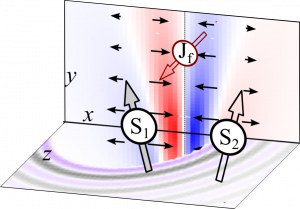 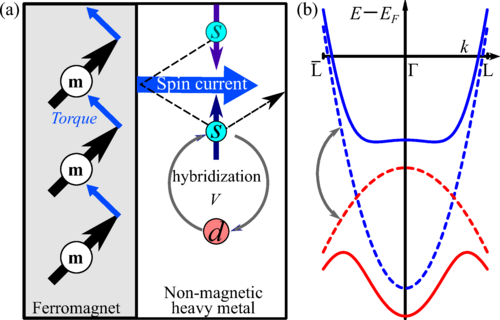